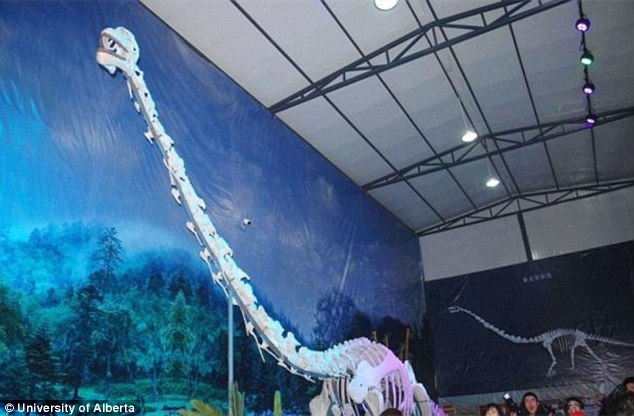 If you’ve been keeping an eye on the news then undoubtedly know that there was a recent dino discovery in China. Although the dinosaur is being referred to as a “dragon” dinosaur, the Qijianglong is actually a Mamenchisauridae thought to have lived during the late Jurassic period. Estimates put this new find at 50 feet long and like most Mamenchisaurids the neck of the Qijianlong came in at around half of that length.

Why is Qijianglong such a significant find though? It serves to show diversity in sauropods during the Jurassic period – particularly during the Jurassic age. This serves only to bolster theories that the isolation of species promoted diversification during these times even for the largest creatures on the planet.

Although just now making the news as a new species, the Qijianglong was first discovered in 2006 when farmers in Qijiang city in the southwestern Chongqing province were digging a fish pond. The remains of the Qijianglong is currently being housed at Qijiang in a museum but a dinosaur museum that is currently under construction will soon house the Jurassic giant.