The Web Is Ripe With Free Dinosaur Games

I’m not too much of a game player…well, I can kill a game of Scrabble but when it comes to video games I tend to throw down the remote and run away screaming then things pop out at me. The problem with this is that in dinosaur games things always pop out at you. Anyway, just because I’m not a gamer doesn’t mean that you aren’t so today I wanted to share some free dinosaur games that I came across.

Battle of Giants: Dinosaurs is a free game where players get to design their own dinosaur by choosing the body type, coloration, pattern and name. Then a countdown clock begins and your dinosaur is pitted against another dinosaur. I can’t say that the game is thrilling or that the graphics are great but you may think differently. 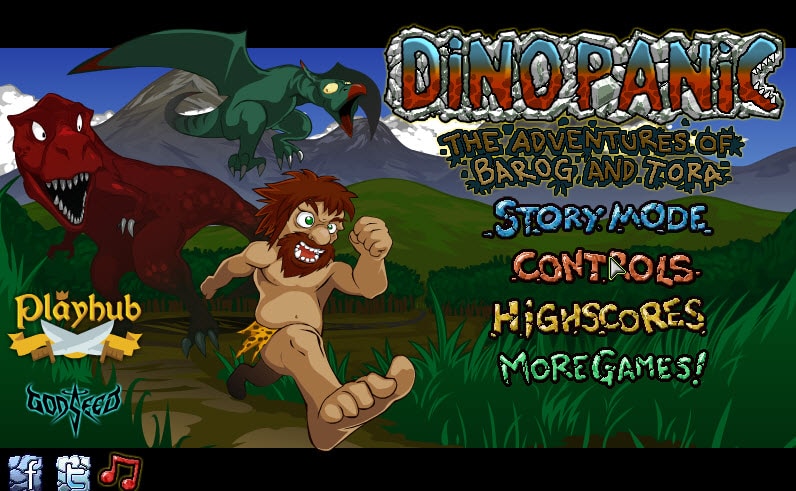 Dino Panic is a story mode game where you play the part of a “cave man” who has a Pteranodon sidekick. Complete the story mode missions and save the ancient tribe while you get chased by prehistoric dinosaurs. This game requires pretty good reaction times which I certainly don’t have. 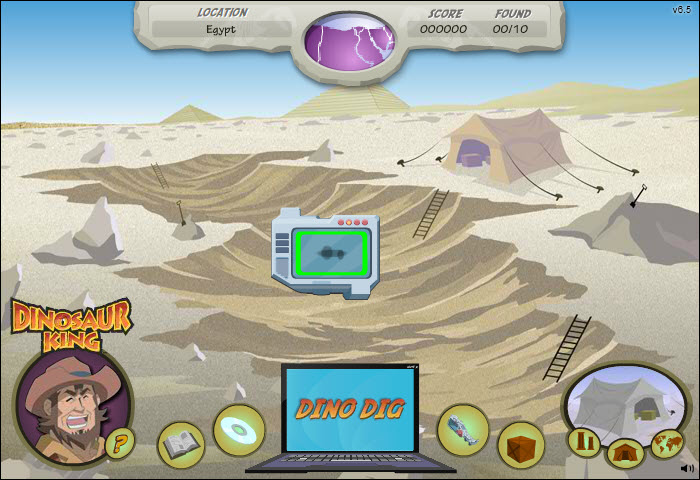 Dinosaur King: Dino Dig 3.0 is a slow going game where reflexes aren’t an issue. Use a computer screen to scan the dig site for fossils and then zoom in on objects you find. One you zoom in you dig up the items to reveal what may or may not be a dinosaur. I didn’t give this one much of a fair chance because I just kept digging up rocks but if you’re patient you might have more fun with this one. 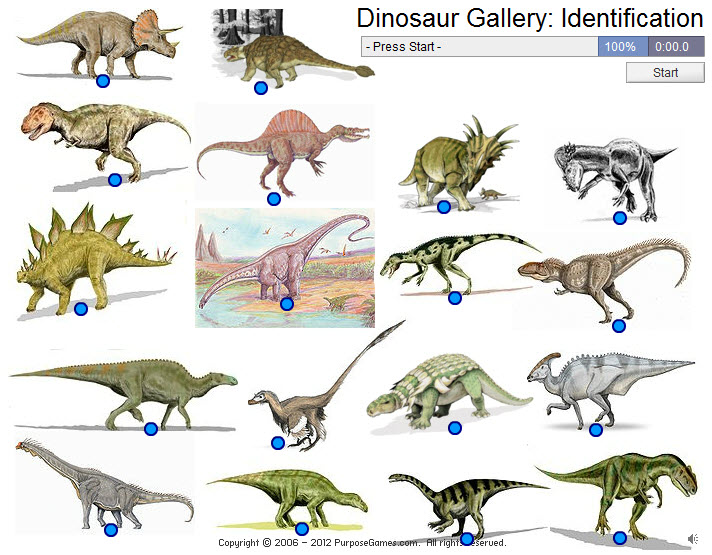 Dinosaur Identification isn’t a video game so much as it is a quiz to see just how much you know about dinosaurs. As the clock ticks down dinosaur names pop up and it’s up to you to identify each species.

If you’re looking for more advanced free dinosaur games you can also find some at Purely-Games.com